How do we protect ourselves from inflation? The signs of inflation are becoming more pronounced and have begun to be seen in the wider world. Although the Federal Reserve and the Central Banks assure us that this rise in inflation is temporary, things are not so sure.

It would not be the first time that the authorities of any kind assure us that not much will happen and yet, after these assurances, exactly what they assured us will not happen happened.

It seems that we are in shortage of raw materials and inputs of all kinds: industrial metals, plastics, wood, foodstuffs, semiconductors and many more… and this contributes greatly to rising inflation.

Not all of these increases have been passed on 100% to final consumers, but they will be passed on in the near future. In other words, products of all kinds will continue to become more expensive in the near future.
The combination of low production during a pandemic + money injected into the system + billions of people escaping lockdown and restrictions and preparing to consume and travel, all this forms a super favorable cocktail for inflation, at least in the short and maybe medium term.

Who loses because of inflation?

Who wins due to inflation?

What can we do concretely to protect ourselves from inflation?

How do we profit from inflation?

Finally, we must remember that all the above actions and instruments can protect us from inflation theoretically, but the economy is a living organism and the appreciation or depreciation of various assets are influenced by many other factors besides inflation: economic growth, demand, psychological, demographic or social factors etc.

A prudent approach, a diversified allocation of assets and a constant focus on value creation will often position us as winners, regardless of market conditions.

An educated mind that constantly learns and constantly tests will have the ability to adapt to any market conditions and will thrive in the long run.

What is inflation and why is it an intensely debated economic phenomenon? Inflation is considered by most specialists as one of the most serious macroeconomic imbalances that jeopardize the development and economic progress of a country, but “What is inflation?”
The most widespread definition in literature is that “inflation is a process of cumulative and self-sustaining growth in overall price levels and declining money-buying power.” Taking a look at the above image, we can see that we can buy different quantities of products over the years. If today you can buy 1kg of tomatoes with 2 EUR, in a few years you will buy a smaller amount of tomatoes with the same amount of money because inflation has increased and purchasing power has dropped.

But what are the causes of inflation?

– the injection of money into the economy (the state is printing money without cover, the action leads to rising prices and imbalance MV = PT where: M = Money supply V = Currency circulation rate P = General price level T = Volume of transactions)
– demand for goods and services is higher than supply and hence supply-demand imbalance. (increase the incomes of the population and, implicitly, the purchasing power, take the consumer loans and reduce the inclination towards saving)
– rising production prices (increasing production costs, falling production and increasing prices)
– rising prices for imported goods / assets (increasing the price on materials, raw materials, etc.)
– High prices that are not related to the drop in supply or increased demand
The most popular forms of inflation: trap / quiet (rising prices up to 3%), rapid (annual growth rate approaching 10%), galloping (annual price increase exceeds 10%) and hyperinflation (monthly price increase over 50%
<What’s really going on?
The population is affected as the purchasing power decreases, there is a redistribution of income and wealth, confidence in the local currency is lost and the interest in saving is lost.
Companies are forced to reduce production capacity and are more concerned with asset protection against inflationary erosion.
If economic inflation benefits borrowers (who contract loans in the national currency at a certain purchasing power and return them in other inflationary conditions, to a lower buying power) and the interest rate is influenced by the inflation rate.

The inflationist phenomenon is one of the most serious macroeconomic imbalances but I recommend you take a look at hyperinflationary cases.

When does it worth to have money in bank deposits? Is it worth having bank deposits? Can you live of the interest you gain?

To these questions, there is no standard answer. The answer is influenced by the size of economies, inflation rate and bank interest.

Instead, it is not worth having bank deposits when banks offer net interest rates below the inflation rate (banks do NOT need money).
Normally, bank interest rates cover inflation or are slightly below inflation.

In conclusion, it is worth having bank deposits only if interest rates are over inflation rate, otherwise you will only get a reduction in the purchasing power of your own savings!

We all live in a world full of uncertainties. Everything that surrounds us – nature, people, things – is in constant transformation, and the result is beyond the limits of our knowledge.
But our economies could be a solution (at least partial) to this problem.
Why? The answer is simple: in situations where we are confronted with many unknowns, over which we have no control, a good idea would be to act in the directions in which we can really do something.
For example, in terms of personal finances. Because money is a mean by which we have been taught that we can interact with the world around us.
So many of the things we need, or the problems we face daily, can be attained or even partially resolved with a certain amount of money, so we might be tempted to believe that ALL our problems would instantly disappear if we had enough money.
A totally wrong perception, for the most important aspects of life really have nothing to do with the notion of money.
But many other things really are related, which is why we are in danger of generalizing …

How can we increase our savings?

By definition, savings are the difference between what we get and what we spend. So, first of all, we could try to act on revenues. We all know that it’s not easy to increase our income, but at least we have the certainty that we know it. I mean, to a certain extent, we can rely on it.
Then, secondly, we can act on spendings. Of course it is not easy, but at least here it depends on us to a greater extent. And if we correctly correlate earnings and revenues, we’ll start to see how savings are gathered.

How can our savings help?

First of all, savings will bring a sense of control into our lives.
Beyond the countless things we CAN NOT influence in any way, the fact that we can act on our personal finances is a positive thing. And when this money control even produces results and we see savings as it accumulates, then we make clear progress towards increasing our safety.
But not only that, our economies influence our lives more directly.
A study made in the US showed that in the years of the last economic recession, 46% of those actively saving said that they were comfortable with their financial situation. Unlike them, 37% of those who did not save said they had to reduce much of their spendings to make it. Clearly, some people manage their money more efficiently than others.
The fact that you have some money set aside and, in fact, in order to live, you need a lower income than you have, it gives you the opportunity to keep your lifestyle even in unfavorable economic conditions. Due to the fact that the option not to put money aside for a certain period (or even to spend from existing economies) does not exist for those who are not accustomed to constantly saving, they will be more affected by any negative changes may occur at some point.
Those who make savings will be less concerned about unforeseen events and will have the ability to make it easier. What is even more important is that they know this, and that gives them a sense of security that no matter what may appear, they can do it.
Also, those who make savings set goals that they want to achieve. They know it’s more financially advantageous to raise money to go on vacation, for example, than to make a loan for that.
For them, savings are an integral part of their life, and the moment they reach their goal is a positive stimulus.
Unlike them, those who are not preoccupied with their economies, even if they get to put something apart, will do so because the fear of unpredictability, not because they are accustomed to do so.
Especially during recessions, economies help foreseeable people to be better prepared and less affected than others. And due to the fact that there will probably be other recessions in the future, maybe it would be a good time to think about your savings.

Also, as inflation is already becoming more and more clearly felt, maybe it would be a good idea to inform yourself about ways to invest your savings so that in the long run you can get profits that go beyond at least the rate at which your purchasing power decreases. 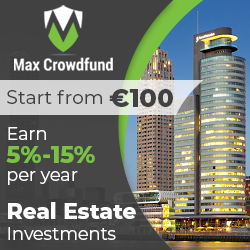 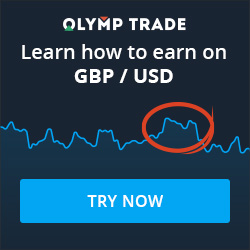 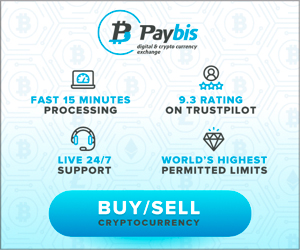